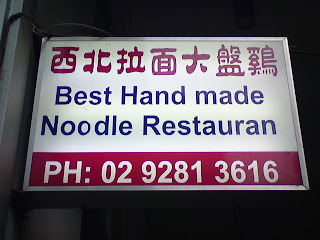 As much as the name speaks for itself, it really is NOT the best hand made noodles restaurant. Rather I would actually say it is one of the worst restaurants I've ever been to; once was way more than enough.

I had ordered a Beef Soup with Hand Made Noodles and prior to ordering I specifically asked if they do takeaway. I was then told it would take around 6- 8 minutes. So I am there thinking wow not too bad because it was faster than i had expected.

Minutes ticked by and I took an opportunity to glance around; it was a tiny restaurant decorated with a traditional Chinese design of calligraphy writing and ancient religious statues. The ceiling was nicely decorated with miniature spotlights, which gave a glowing feel to the room. However... 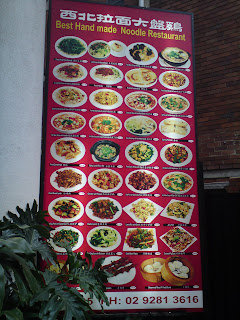 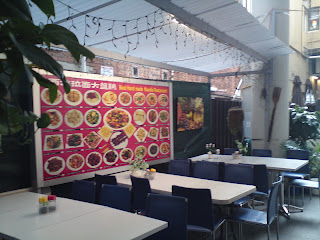 After 20 minutes, I thought to myself 'okay it should have be here by now' as any reasonable person would expect especially when i was the only customer at the restaurant. Another 15 minutes, which was unacceptable, i had my order coming out.

What had annoyed me was what their actions when while they packed my order. At most takeaway restaurant, care is taken to it prevent the noodles from expanding and ruining the meal itself by the means of separating the soup and the noodles into two separate containers. Whilst i had not expected a 5 star noodle meal, i certainly did not expect the taste of the meal. 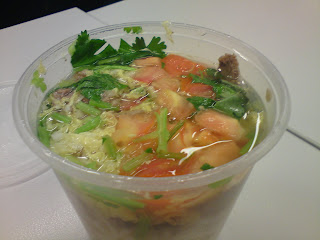 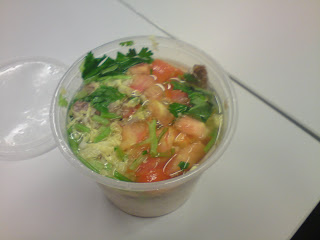 Beef Soup with Hand Made Noodles - $8.80
(Word of Caution: Looks can be deceiving)


The soup could be comparable to kfc being placed in water with a dash of msg. The only upside to these noodles were that it was handmade as i could taste the freshness of the noodles.

Whilst the noodles may seem fresh, for those who have not been here, please do yourselves a favour and AVOID IT! You would be paying nearly 9 bucks to have noodles with oil and MSG. Even Maccas and KFC do a better job at that and at least KFC names their MSG '11 Secret Herbs and Spices'!!

Email ThisBlogThis!Share to TwitterShare to FacebookShare to Pinterest
Labels: Broadway, Chinese, Eat around the clock, Hand made noodles, Lunch under 10, Noodles, Sydney CBD