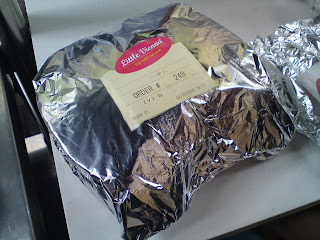 I used to think that eating at a sandwich in a cafe located in the heart of Sydney would be a rip off, well not anymore! If you are sick of trying to find value for money healthy food in the city then I suggest for you to look no further than Little Vienna.

Yes that's right; a tiny cafe that sells amazing sandwiches which are definitely value for money and I dare say to those growling stomachs out there that their sandwiches can be more filling than a footlong subway! Its not everyday you come across cafes that sell sandwiches that are probably bigger than your face for less than 10 bucks! 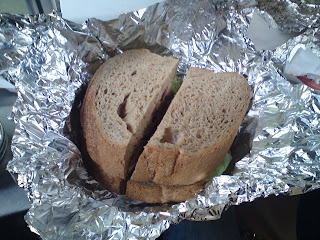 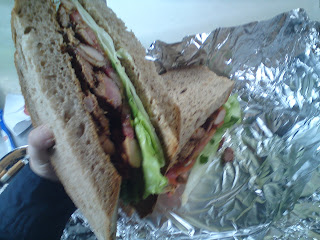 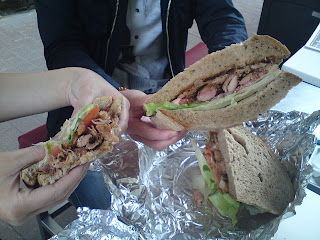 Vienna Grilled Chicken on Brown Bread vs Hard Crust Bread - BOTH $8.95!!
The flavour of the chicken isn't too strong which is good because it won't make you sick of it at the end of your meal. The grilling is grilled to perfect. How so? The grilling itself isn't too smoky so you can still taste the juiciness of the chicken with a touch of the BBQ flavour.

Sandwiches are made fresh each day and if you order if on hard crust bread its even more fresh because it is made on the spot. The wait isn't too long so its perfect for a quick bite during lunch!

There really isn't much of an atmosphere because there isn't that much seating. There are a few seats outside and in a few branches there are some inside. To make up for it though, there is a newspaper bench for people to catch up with the news while waiting for their sandwiches!

So if your hungry and wanting to find something cheap, healthy and fast, I strongly suggest Little Vienna. It is a cafe located in various areas that never fails to satisfy, especially those whom have a massive appetite. Finally, to the girls out there whom have a more of a petite sized stomach, never fear in being able to finish it. Why? Because its that massive to the point where you can still share it with another girl AND still be full. Hey, its softer on your wallet too!