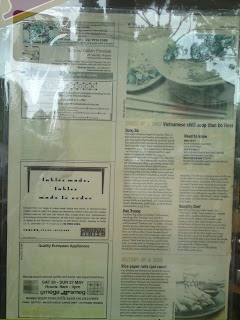 Last time I checked the popular place for Pho' or something along the lines of Pho' in Bankstown was Pho' Ann ... perhaps I was wrong. Yes, Pho' Ann is popular and packed out however there seems to be competition arising from a little Vietnamese restaurant located only 2 minutes down the road ... Dong Ba! 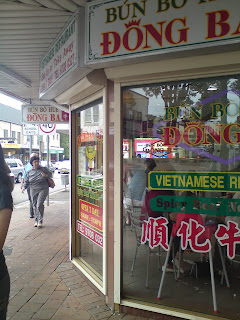 The place is relatively average for a typical restaurant in Bankstown however the same can not be said to its line full of eager customers. Dong Ba's signature dish is their Spicy Beef Noodle Soup for only a measely $7.00! Who wouldn't be eager and for those who can't really take spicy foods, you may also order a non-spicy version.

Their food had came out relatively fast so that's an extra bonus for those whom wish grab a cheap and quick bite before heading elsewhere. Though, I guess that it is expected since most pho' places do pre-make their soup so all they have to really do is cook the noodles and chuck in the meat. 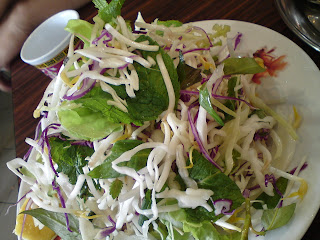 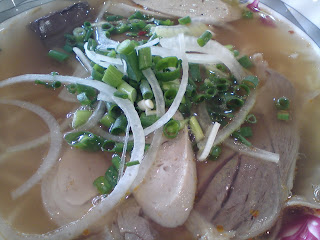 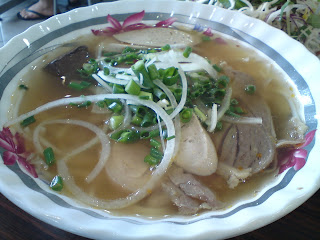 Spicy Beef Noodle Soup - $7.00
I found their soup base to be full of flavour while others found it to be quite salty. For $7.00 you can't really complain seeing, especially when it includes some Chinese sausages, beef and some pigs Jelly. The Chinese sausages however tasted a tad too salty and it had a weird taste which I personally was not that quite fond of.

For those who aren't a fan of such animal parts, you are probably better off ordering a different beef noodle soup, one which has ingredients that you are more familiar with =P All of course are all still $7.00!