For those who have not tried Spanish, the Paella is a M-U-S-T without question however the waiter told us that it would take at least 40 minutes so we therefore decided to order a few extra Tapas/entrees. Apologies in advance for the horrific photos as a camera phone in dim lighting do not go well together. 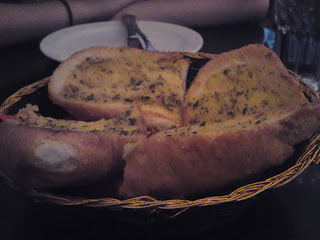 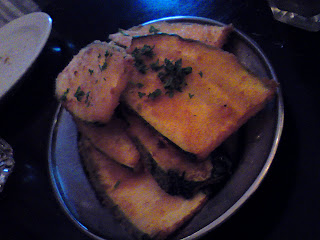 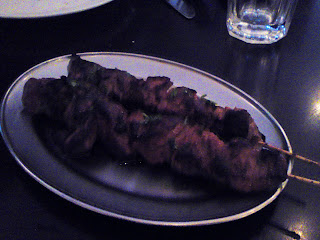 Pincho moruno - 13.00
The Pincho Moruno (aka Marinated Lamber Skewers) were pretty average. Perhaps it may be my lack of knowledge of the spanish culture however I didn't find them that exciting. They tasted like every other lamb skewers you could find at most restaurants. I would give it an extra bonus point mainly because they didn't over it so it was still juicy and tender. 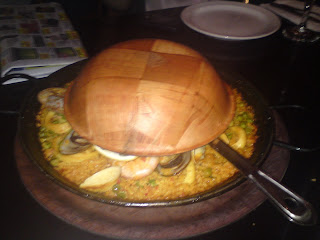 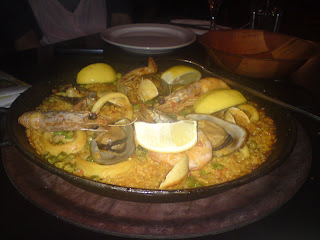 Parrilida De Marisco (for three) - $78.00
After our tapas/entrees and many minutes of waiting, our paella FINALLY came out! =D Thanks to TEN's Masterchef, I had a brief idea of what to expect. I had taken my friend's advice which was to stick to seafood and seafood only when it comes to ordering your paella; advice taken.

The only bad thing that I can say is that I wished we had ordered the paella for 4 to share instead of 3 - I wanted more!! The bottom was crispy and you could smell the aroma of the grilled seafood as you scoop up the rice. It was definitely worth the wait and!! I would give them an extra brownie point because they gave us enough wedges of lemon. Unlike most restaurants, I always find it a pain how I have to request to be provided with more lemon wedges.

Overall I would definately go back again, especially since the entertainment card made the bill even sweeter AND!! they didn't scratch the back which means that it can be used again. Between 4 people, the bill came to roughly than $20 per person. Plus, if you were to go on a Thursday, Friday or Saturday night they have live spanish dancers ripping up the dance floor.