Craving a pork roll but no so sure of where to go? or is this place dodgy? Even though I have only tried this place once, I do know of other customers who have tried it numerously times (and in fact for numerous years) and say it is definitely safe! In saying that, I don't give guarantees though =P 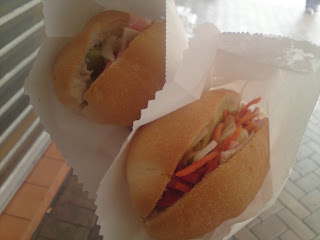 The bakery I do admit does look a bit dodgy from the outside but the owner is in fact quite nice and has a pretty good memory! They sell pork and chicken rolls for $4.00 and even though it does look small - it is actually quite filling surprisingly. 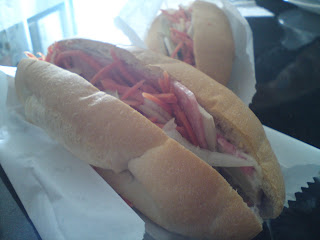 The flavours aren't strong meaning she doesn't over do it with any of the sauces and spreads and you can definitely taste the freshness of the salad within the roll. The meat can be a little bit fatty in some areas but it isn't anything overly fatty to the point where you all you eat is salad and fat lol.

Gotta go eat!!
Posted by Hungry Much at 6:25 PM No comments:

Email ThisBlogThis!Share to TwitterShare to FacebookShare to Pinterest
Links to this post Labels: Lunch under 10, Sandwiches, Strathfield 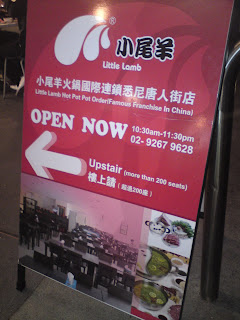 The lamb returns.
We first trained it from Townhall to Central, walked from Central to Railway Square then up to Broadway. Caught a bus from Broadway down to Haymarket. Walked from Haymarket to Mother Chu. Walked from Mother Chu to Wagaya. Walked from Wagaya to our final destinaiton, Little Lamb!

I do admit, from the outside it looks like a dodgy small restaurant with barely any customers but after some observation we noticed that there was a tiny stair way up to their bigger dining area. All I can say was that upstairs looks NOTHING like downstairs; it was massive and lots of customers as well as lots of bowls full of food.

Since it was buffet, it didn't take long for us to dig in since all the food was all placed out for us to grab. The one thing which I did notice was that their waitors dont speak English =.=' Luckily for us, they somehow managed to understand my poor mandarin. 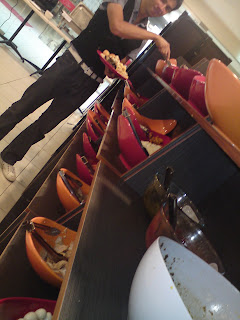 Variety of food available
Their variety wasn't too bad, especially for $25 (Soup was additional). They had all your seafood from mussels, prawns, squid to octopus however just from trying their mussels and octopus, their seafood itself was really not that great as it was pretty much tasteless. Quite a disappointment but yet not so surprised. 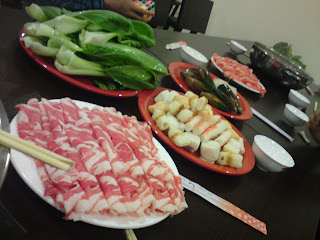 They also had all your fish balls, seafood stick, tofu, tofu puffs, noodles and even pig blood jelly for those who are gain enough to try it. Even the vegetables had large variety to choose from! The only which was a big disappointment for me was that they only served lamb which was also looked a bit fatty too. No beef or pork, just lamb but I guess that is why it is called 'Little Lamb'. 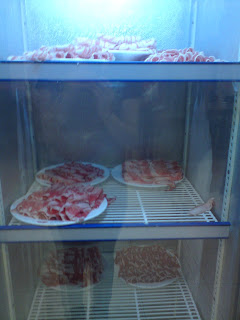 I am also quite surprised nobody has yet gotten food poisoning from their meat as it is not covered while being served on a plate from the fridge. 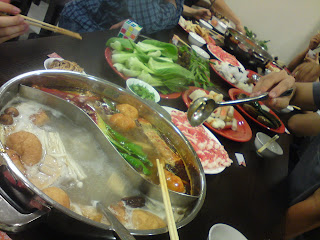 Besides the food, service on the other hand could do with a lot more improvement. Sticking your hand up and waving it around like a maniac is useless. My advice is for you to just stand up and walk up to a waitor yourself. However I will give them a few brownie points because the owner herself did go around to every single table and serve plates of food as compliments from the chef or aka 'left overs' =P. Regardless, it was still a really nice gesture from them plus they did taste pretty good =P 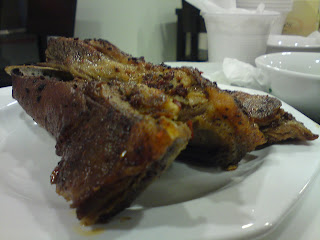 Also, besides the hotpot buffet, your $25 also includes other dishes such as sushi, salad, soup, fried fish, fried flat rice noodles, marinated slices of beef and so forth! Not bad I'd say and it is somewhere I would definitely go again! =)

Gotta go eat!!
Posted by Hungry Much at 1:41 PM No comments: 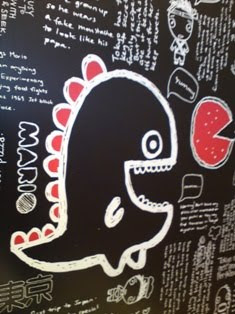 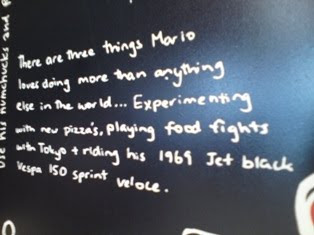 Yes!!! I have finally been able to sit here and type away guilt free even after all those hours of procrastination >< *Hates summer school* but anyhow less of me and more about our religion, food.

This restaurant only opened up approximately less than 2 weeks ago and yes I certainly did feel special for being one of their 'first' customers! =D If you haven't realized by now, their name actually represents Italian (Mario) and Japanese (Tokyo). I guess the Italian side of things are them serving pasta and wooden fire pizza and a few of their pizzas having a tomato base. Their interiors I must admit is quite interestingly cute, especially their menu and walls! lol 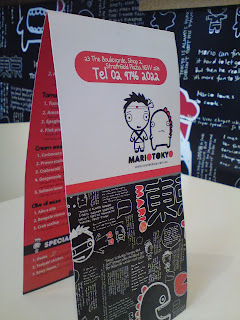 The typical wait for their pizzas is approximately 15 minutes, I think I was lucky or I happened to order when it wasn't so busy as it only took 10 minutes instead. One recommendation for people going though is to order the couple deal where you can choose any pasta dish and pizza dish as well as 2 soft drinks for only $30!! That's cheap ass! 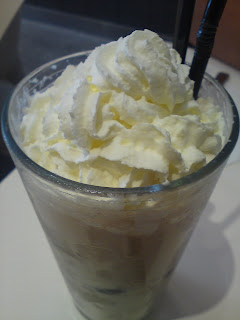 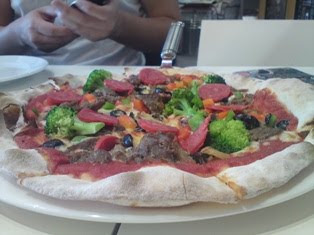 The tomato pizza base surprisingly went well with the bulgogi meat, though the broccoli on the pizza was a tad strange however after some thought it wasn't that strange ... Broccoli and cheese can be considered a favourite! The extra stringy cheese made the pizza just awesome, especially with the salami but I am a sucker for extra stringy cheese so please parden my biasness lol =P

The pizza is bigger than it looks - I actually felt a bit fullish even after sharing it (though, mind you this was my 2nd lunch of the day).

The only thing I didn't like was the stupid air holed crusts - it LOOKED good but the airiness was quite a disappointment even though I knew it was puffed up from the heat! I'm hoping though, that this wont be a restaurant where it's so awesome at the start and after a few months they start to skimp on their toppings and the food starts to go down hill. >< 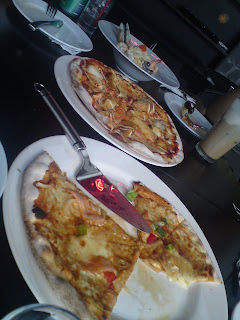 But I guess it doesn't need to wait a month for it to start going downhill. I am not sure if it was just the pizzas which we ordered that were just like that or if it was actually the restaurant itself. We went about a month after the last visit had ordered some dishes but they seemed like they had skimped on the toppings by quite a bit. 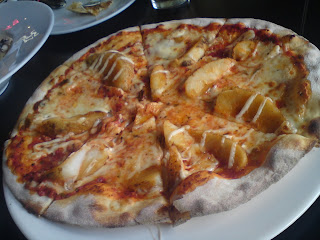 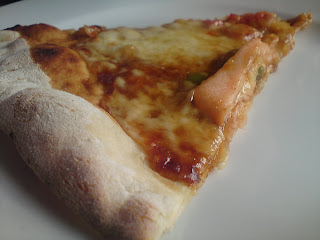 Terriyaki Salmon - $14.90
I can understand why they had skimped on the Terriyaki Salmon because it is Salmon but the Patta pizza was really just cheese and wedges - quite a disappointment 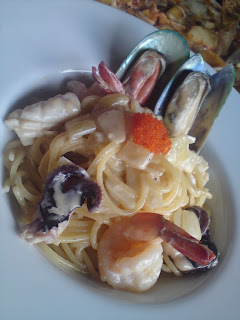 Hopefully if we ever do go again, they would give us a better image next time around.