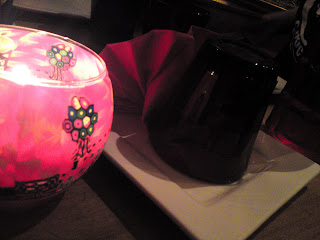 I guess a few reasons why I like this place is because it's quite hidden away from all the main roads and the restaurant is quite small yet popular; it gives it quite a cosy feeling lol.

Their waiters can seem a bit rude though based on their facial expressions and other body languages; They seemed to look a bit impatient but in saying that, some other waiters were quite nice. 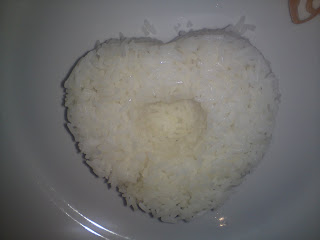 Heart Shaped Rice - $2.50 (small)
After ordering, we were first under the impression that would be quite expensive because their prices were higher than Chat Thai's and their servings were quite small. The rice was also a very small serving but it came in a really cute heart shape!! 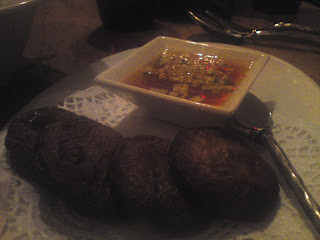 Thai Fish Cakes - $6.50
The Thai Fish Cakes were pretty average and as most places, the servings for this is quite small. The sauce was a good accompaniment with the cakes and it had a nice thick texture to it. 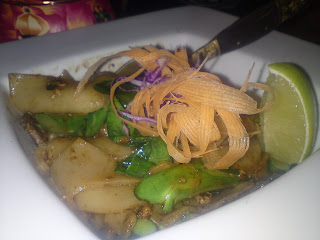 Pad See Yew - $11.50
The Paid Sew Yew was a very small serving but it was well cooked, besides the beef. The beef was a tad overcooked hence being quite hard to chew on. The good thing though it wasn't too oily and you didn't feel disgusted after eating it. 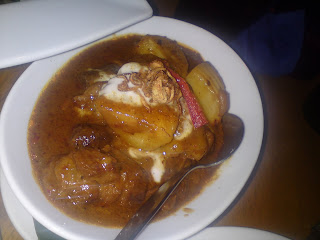 Lamb Curry - $11.50
The Lamb Curry was again small but it was a-m-a-z-i-n-g but it may be that I didn't have much expectations for it. It wasn't the spicy type of curry but the flavours were so well balanced and it just exploded in your mouth. The lamb was really soft and it just went too well with the rice. If I was to go back again, it would definitely be for the curry! 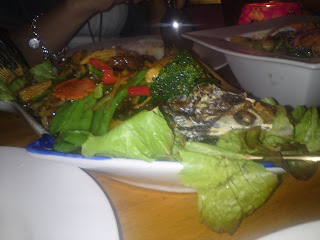 Deep Fried Barramundi served with wok fried vegetables, covered in a sweet sauce - $MP (Approx $26 to $29)
The barramundi was average sized and was at market price. The sauce was what made the fish good. The fish wasn't too deep fried but it still had the crispy skin on the outside. The sauce was sweet and just elevated the fish to an extra level. There wasn't that much meat on the fish which is why it was average sized and they added a bit too much ginger which got a bit annoying when it came to eating the fish in general.

I would say, if you have never been and in the mood for thai and you are somewhere in the city, it is worth trying. If you dont though, I would say you will still live because it isn't that special compared to other thai restaurants.