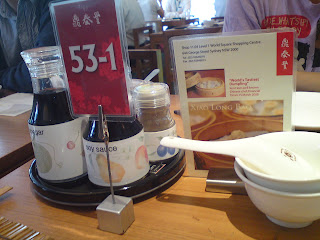 I can FINALLY!! now cross this off my dam eating list! Yes such a shocker that I have not yet been until recently but nevertheless it will definitely be a place i shall return to!!

Some people may say it is over rated or crap, personally I think it is actually quite good (and not that bad) but it isn't that AMAZING like how SMH or what other eating guides may say it is. The restaurant is on level 1 of World Square so it is away from all the city rush and because of that it provides a really good atmosphere, especially the glass windows; it doesn't make you feel that you are enclosed in a room.

There are A LOT of waiters which is good, the food comes out almost immediately and they also have chefs and assists who wear a mouth mask which goes to show that they do take hygienic issues quite seriously. Though, some people however may be turned off by their lab outfits. Personally I thought it was the best thing ever lol!

The food is quite good as I have said mainly because you can taste the freshness in their dumplings and it isn't drowned in salt nor oil (in majority of their dishes). 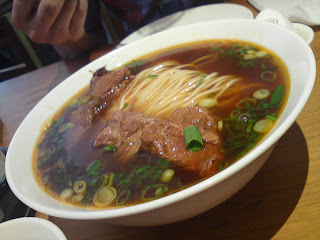 Beef Noodle Soup - $15.80
The beef noodle soup was quite average I must say but you could definately tell that the noodles were hand made. Personally I think Shanghai Night makes it a lot better however their beef was tough unlike Shanghai Night. To me, that's a good thing because you know that they haven't used that specific flour which softens the meat so that it is wayyy to nice and tender for it to be proper food. 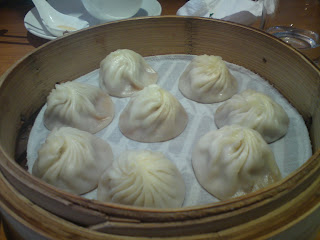 Pork Dumplings (8) - $10.80
The 'Sew Long Bau' aka pork dumplings were once again average. The only thing which I noticed that stood out was that it was fresh and didn't have that much pig fat as most other places - I could be wrong but that's my analysis from what I tasted. 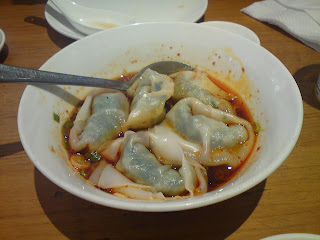 Vegetable Pork Wontons (6) - $7.80
The sauce within the bowl was extremely oily, mainly because of the seasame oil but IT WAS AMAZING!!!!! It was smackful full of flavour!!!! However some may disagree and think that it smells better than it tastes where as I think it tastes BETTER than it smells!!!! They have this as a noodle soup dish too, as per other customers the noodle soup dish is better value for money. 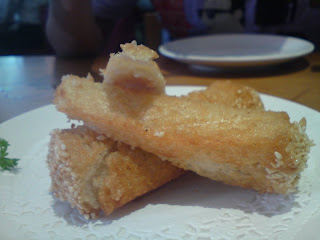 Golden Taro Bread - $5.80
Finally, we ordered a small dessert dish, Golden Taro Bread - All I can say that it was the highlight of the meal besides the wontons. It was so nice and crispy and I can say with confidence that it definately tasted better than it looks! The taro was so smooth and went so went with the crispy pastry. It was like food from heaven!!! If you do go, please do yourself a favour and try out this dish!

One thing I did notice as well as other customers was that their pictures make the dish look a heap load bigger than what the actual dish is which is a dissapointment. Nevertheless, if you haven't been I would suggest it is a place worth trying!