While walking along Glebe Point Road, you will notice a tiny Mexican restaurant located right next door to the busy San Churros. From one of the windows, it looks small, quiet and cosy but when you look through their main entrance, it looks so packed and popular! 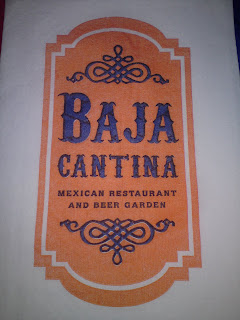 Fair enough Baja Cantina isn't as popular as your Flying Fajitas further down but they are always fully booked till 9 pm every Saturday night. Since it is my first time trying out Mexican, I can't really compare with other restaurants however the one thing I can say that their servings are HUGEEE!!!! 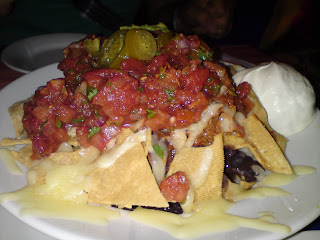 Baja's Famous Nachos - $10.00. W/ beef - Extra $3.00
The beef nachos came out pretty quickly and it was giganntic, clearly we were not aware that it was served as a main. The Nachos in my opinion were fairly average, the 'chips' were interesting though however I reckon they could have added a bit more cheese and it would of made it the perfect nachos!

By this stage, we already already regret ordering the 3rd dish but it was already too late. The food came out pretty slow but I was definately not complaining. 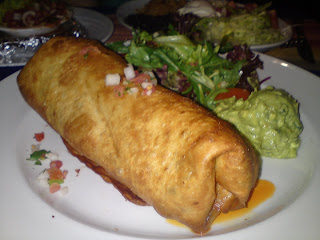 Steak Fajita - $24.00
The Fajita was HUGE! It smelt so good and the skin was just fried so well. It wasn't too oily and surprisingly since it was slightly crunchy and soft, it made it so perfect! The fillings inside were pouring out because it was so jammed packed inside the Fajita! Even though we ordered the beef, I would recommend that you are probably best off going with the chicken to save yourself $4.00 since there are so many other ingredients in it, you can't really taste it anyways! 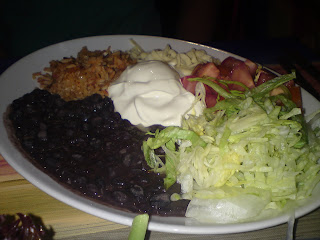 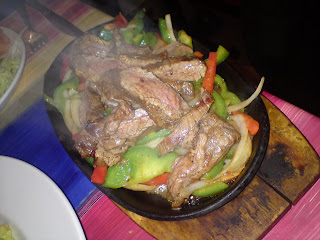 Chimichanga with Steak - $20.00
The final dish which we ordered was the Chimichanga which is a DIY tortilla dish. By this stage, we basically had picked off the beef, tried 1 tortilla and packed the rest in a take away box as we were already way too full!

An extra bonus for those with the entertainment card as it's a buy one main get one free. If you were to go in pairs, I would suggest you just get two mains and dont bother with the nachos as they only took off $10 from the bill as opposed to $16 or $20. Two mains is probably more than enough anyways!