I recently have dedicated myself to a new tradition; brunch every public holiday. One of the places where I have been itching to go was definitely Kazbah. I have heard people rave on about it and so I wanted to go to check out what all the hype was about. 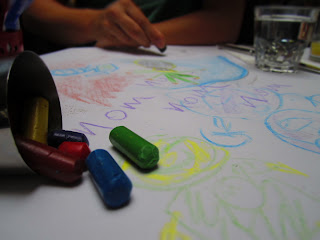 Kazbah's atmosphere was very vibrant since it was in Balmain, it just felt so nice and local (which is quite ironic since Balmain is no where near where I live). Their tables were also really unique because you were able to draw/write on them. Clearly, some of us still act like a bunch of 10 years old lol. 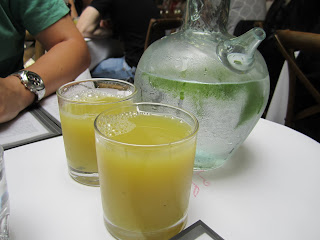 The restaurant makes two different types of fresh juice each day and when I went it was Watermelon with Ginger and the other being Pineapple, lemon and mint. Must I say, that pineapple lemon and mint juice was soooooo refreshing!!! I don't usually like mint but that touch of mint took the juice to a whole new level. 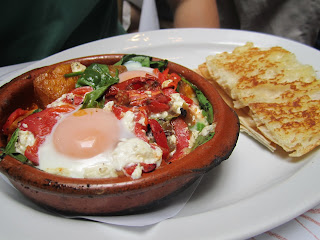 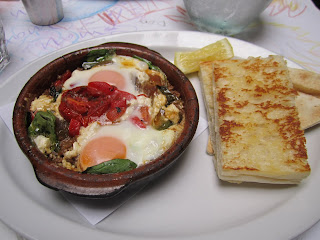 Their brunch menu is what Kazbah famously known for. The tagines were definately filling. The egg benedict was extremely runny and for you to table to dip your turkish breads into that runny yolk was just heaven! Everything went so well together, the spinach leaves, capsicum, onion and their spices just balanced out so well. Their spices was strong for it to give it some extra taste but it wasn't too strong to the point it dominated all the other flavours.

I am usually a meat eating and non-vegetable loving eater however I personally though that the lamb may have been a bit too heavy for brunch. The roasted pumpkin was roasted really well and it was still nice and soft; it was light enough for you to be full but at the same time it wasn't too heavy on your stomach at such early hours of the day. 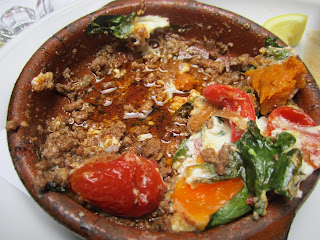 The excess oil in the lamb minced tagine


I noticed that the lamb was a lot more oily than the roasted pumpkin tagine. Though I guess if you aren't heaving such oily dishes every single day, we are allowed to make exceptions once in a while. That is probably another reason to go for the roasted pumpkin tagine instead! Either way, their brunch menu definately met my expectations
(since I now know what all the hype and fuss is about) and I would definately want to come back again.