I have always wondered what all the fuss and hype was about when it came to the Makoto Sushi Bar as there is always a long line of drooling customers outside that place. Finally the day came for me to check it out for myself. I arrived at around 8.20 PM on a Friday night and the wait itself was about 30 minutes or so which I personally thought it wasn't TOO bad, considering the fact that we waited for over 1 and half hours at Mamuk. The waitors were very generous as they were serving complimentary green tea to those who had been waiting for a while.


The prices for their sushi plates were a bit more expensive than most other places as they ranged from $3 to $6.50 per plate and with most plates costing around $4.50 or so. In saying that though, I guess you get what you pay for as you are paying for the freshness of the ingredients. They also had a lot of different other things which you normally wouldn't be able to find at most sushi train places. I also found that their sushi itself on each plate was a bit bigger than most other places so I guess that is another added bonus. 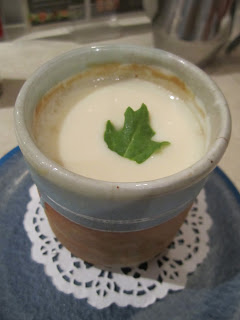 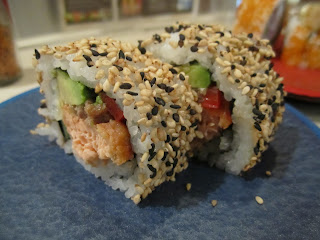 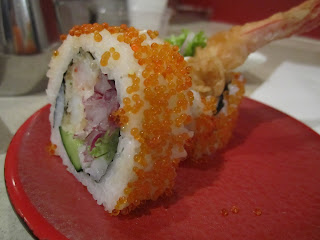 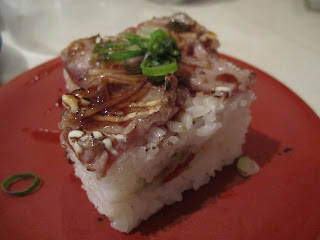 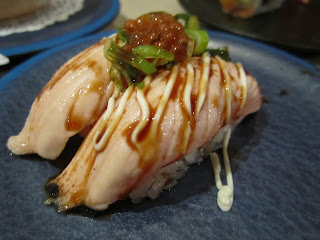 After demolishing x amount of plates, we then decided to try out their Seafood soup which was made from Crab, fish, Prawns and so forth. There was so much seafood in that soup which was surprisingly generous, especially for its price. Their hand rolls were also really good - they were made on the spot like every other hand roll but the best thing about it was that they were sooo hot! which took the tastiness of those rolls to an extra level!
The total bill came to $52 betewen two people which can be considered a bit more expensive than most sushi train places but seeing as though it is part of the whole Masuya group, it really to me was no surprise. In my opinion, for those who haven't been, it is worth going for the experience depsite their prices but dont forget, you get what you pay for!
Makoto Sushi Bar
19 Liverpool Street, Sydney NSW 2000
Gotta go eat!!
Posted by Hungry Much at 3:44 PM