Subsolo was definitely a place that came to my surprise, especially being such a popular Spanish restaurant hidden along King St. I must admit though, I haven't heard much about this place so I was not really sure what to expect.


The atmosphere was really nice and welcoming; I would actually recommend this place for people who are thinking of throwing a birthday dinner because of the atmosphere for starters and secondly, because it is one of a few Spanish restaurants that do not force you to do set menu just because you have 10 people or more. 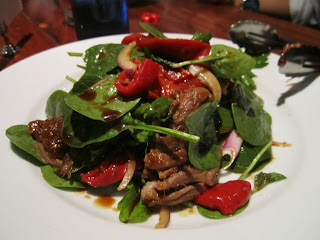 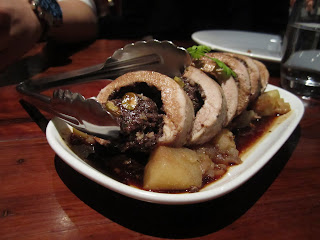 Pork Tenderloin rolled with Moreilla and Pistachios on spliced apples - $18/$26
Their Tappas was really interesting which in a way, makes people either like it or hate it. Some people didn't like the first salad shown above as they considered it too sour, though I notice that it was all the guys complaining. 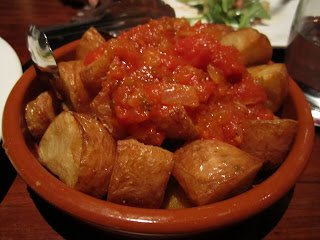 Patatas Bravas - $8.00
Unfortunately the only sad thing was that they didn't have my favorite garlic potatos and everyone knows how well the Spanish make their potatoes. These patatas bravas though were still good, it was like eating certain parts of a potato wedge and the salsa on top added some extra flavour so it wouldn't be so plain. 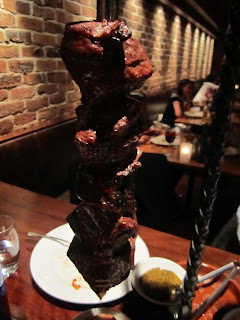 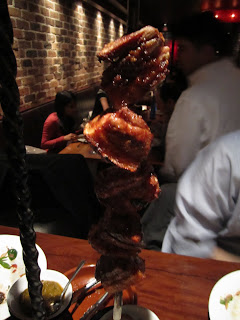 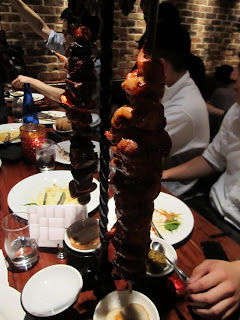 Portugese chicken ($32) and a mixed skewer ($36)
Their meat skewers didn't make me go wow however they didn't fail to meet my expections. Their meat skewers were similar to the meat you get at brazilian bbq however they weren't as salty which is a good thing since I personally find Brazilian BBQ WAY TOO SALTY! They all came on those massive skewers and at the bottom of each skewer was a piece of bread to soak up all the juices. That is one piece of high cholesterol bread right there! 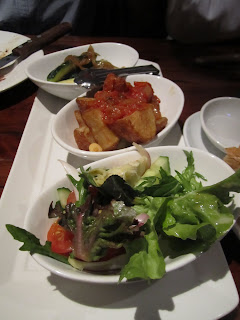 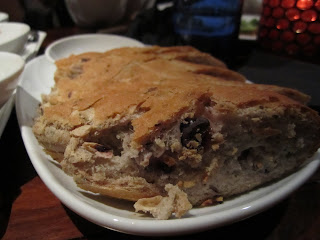 Accompanied side dishes with skewers
The skewers also came with complementary side dishes and olive bread. 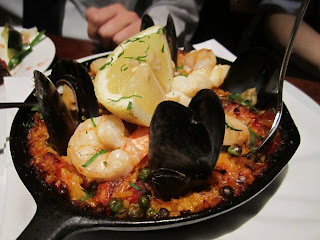 Seafood and chicken and pork chorizo Paella - $39
The paella was quite a disappointment because the rice was so soggy it almost tasted like a Spanish risotto. The top layer was crispy however there wasn't much (and probably barely) a crispy base. Though the paella feeds about 3 people which is extremely cheap because most Spanish restaurants charge about $25 to $28 PER PERSON for each paella.


The service was also a tad poor because they try to rush their customers out of their restaurant by quickly cleaning up your table in order for you to leave. On a different note, this place is also on the entertainment card which gives you 25% off the whole bill which is an extra bonus :)