Everyone knows that Newtown is the home town of (some what) authentic and cheap thai food! Doytao Thai is located at the end of Newtown so it isn't anywhere near any of the popular thai hot spots on King Street but in saying that, if you are coming in a large group, bookings must be made.
﻿﻿﻿﻿
﻿﻿﻿﻿﻿

﻿Some of their entree's were over priced and tasted fairly average however at that time we were all starving so anything tasted good! The good thing was that their service was fast - food came out within minutes of ordering!

One can never leave a thai restaurant withordering a classic dish of Paid Thai! The noodles were soft and it wasn't too oily though, the only dissapointing thing was that there was only one prawn!! Would have been better with at least another two or so prawns!
This fish was a disappointment because it was very poorly made as there was barely any crab pieces of meat. It seemed more like it was a package of crab meat flav was sprinkled over the rice and chucked into the wok! For $16.50, in my opinion it wasn't that worth it. 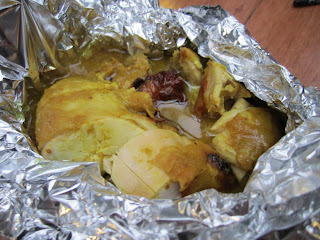 This was definitely one of the fav dishes of the night; not only was the presentation of it interesting but the chicken itself was so tender. Even the breast surprisingly, was juicy and tender! The flavours were well balanced but it wasn't too strong to the point it would over the taste of the chicken itself. So please do yourself some justice by ordering this dish if you ever pay a visit to Doytao!
The curry dishes were fairly tasty; both curries were sweet, especially the duck curry as the duck meat made it more succulent and took the dish to an extra level! The red curry though would have been better if it was more spicy and the lamb wasn't as soft and tender as I hoped.
The dish itself in my opinion was fairly average (in comparison to places such as Chat Thai). The flavours were good however I think that the main left down was the freshness of the fish which had an impact upon the taste of the fish itself. If the fish had been more fresh, I think this dish would have been a lot better!
The beef in this salad was a bit tough but the spiciness of this dish made up for it! Given it's price, the servings was quite large - almost as large as a main and the amount of meat given was extremely generous. I think there was probably more meat than there was salad.
Doytao Thai
- 543-545 King Street, Newtown