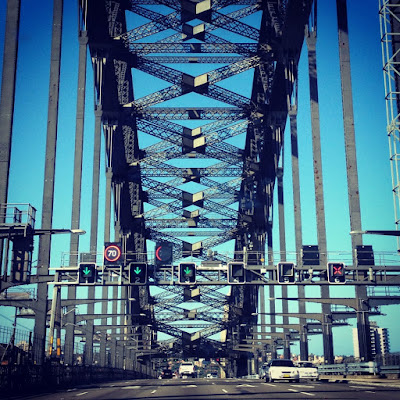 Wow what a year 2011 had been.. I must admit 2011 did seem to drag on longer than previous years but man, December seemed to seriously fly by with a blink of an eye. I finally stepped out of my caveman world and into the true world of technology by getting myself a iphone 4S and FINALLY got convinced to set up a twitter account and a Facebook page. Feel free to follow me on my crazy eats by clicking HERE and HERE.

I know the equation won't make sense but somehow when you add the word iphone + twitter, I somehow found myself becoming a new addict on Instagram which has some what become my new daily SMH.
A few my of my favourite moments during the year was when my girls and my stomach went on a road trip down to Leura and Katoomba and eat till our hearts content.. we squeezed in brunch, lunch, snacks, dessert and so forth that day. I don't know how we did it now that I think back but the deed was done lol.

I also invested in a DSLR so hopefully you will notice some improvements in the photos I upload. I still barely know how to use it, so please give me some time lol.
Christmas was my favourite get together of the year and the feast had trained my stomach to expand to a whole.new.level. but I guess as the saying goes, no pain, no gain.

NYE had followed Christmas and again, there was another feasting with home made korean bbq, some seriously evil crepes were made and there was also some serious Monopoly City happening on the night of the eve.

Thank you to everyone who has dropped by and followed me on my nom-ing adventures. How was your NYE? while you at it, feel free to let me know what you want to see or read more of!! I wish everyone a happy new year, I hope 2012 will be better and of course, more nom-ilicious than last year.