The 2014 Australia Post Australia Legends of Cooking have been revealed... aaannnddd the winners are Margaret Fulton OAM, Maggie Beer AM, Stephanie Alexander OAM, Neil Perry AM and Kylie Kwong.

These Legends of Cooking have been recognised for their influence over Australia’s food culture and the visionary role each have played in shaping Australia’s palate and laying the foundations of our gastronomic success. 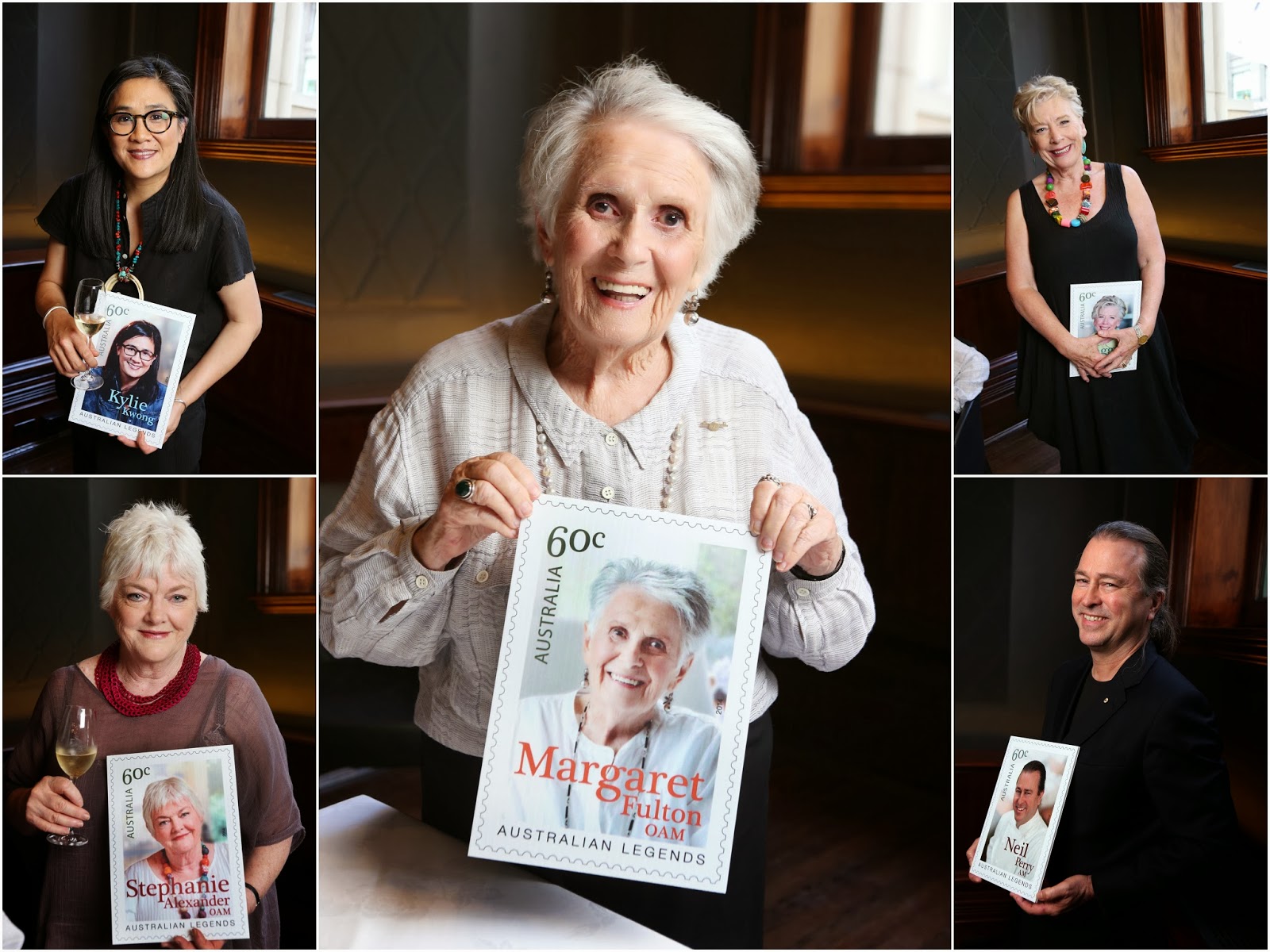 Now for the important part, how to win - Simply leave a comment below and the first twenty people that comment will receive a Legends of Cooking pack.

Competition closes at 9 pm AEST on the 8th of February 2014.

*Competition is open to Australian residents only