I know I always start off saying in one of these posts with "wow" but honestly.. I cannot believe we have gone on this food journey together for 5 freaking years.. 5 years!? that's like, half a decade! Wow.

This post turned out to be super duper long but I promise, it will not be a waste of your time as we head back in time together.

In 2010, my little baby blog continued to grow as my friends and I ate our way through the streets of Sydney. By then, everyone had learnt that I had to say my prayer before eating by letting the camera "eat" first.

In 2011, I decided to take our food journeys to the next step. There is absolutely nothing wrong at all with a point and shoot but after saving up up for a bit and watching my bank balance grow, I was finally able to afford one of those hard core cameras. Yeah.. I felt like that camera was the entry ticket in joining the cool kids (I kid, really I do) little did I know, that it was such a biatch to learn and still learning to this very day.

In 2012, more restaurants and cafes in NSW were ticked off. One of my favourite memories of 2012 was definitely growing a second stomach and eating my way through Hong Kong with Ms Ko. I have no idea how we were able to fit all that in...

In 2013, I went on an endless amount of Italian date nights with DC and also travelled to the other side of the world with momma bear.

Finally, here we are in 2014 which has also been another great year. One of the highlights was travelling to Taiwan with MC where we ate our stomachs out.. as you do. (ps, blogpost to come)

Also as some of you peeps may know, the blog's anniversary coincides with my anno with DC. Since the actual date landed on a Saturday, DC and I decided that we should make the most of the day by going on a mini "road trip" By "road trip", I really mean to drive about an hour away for our 6 year anno lunch at Bewora Waters Inn (blogpsot to come). 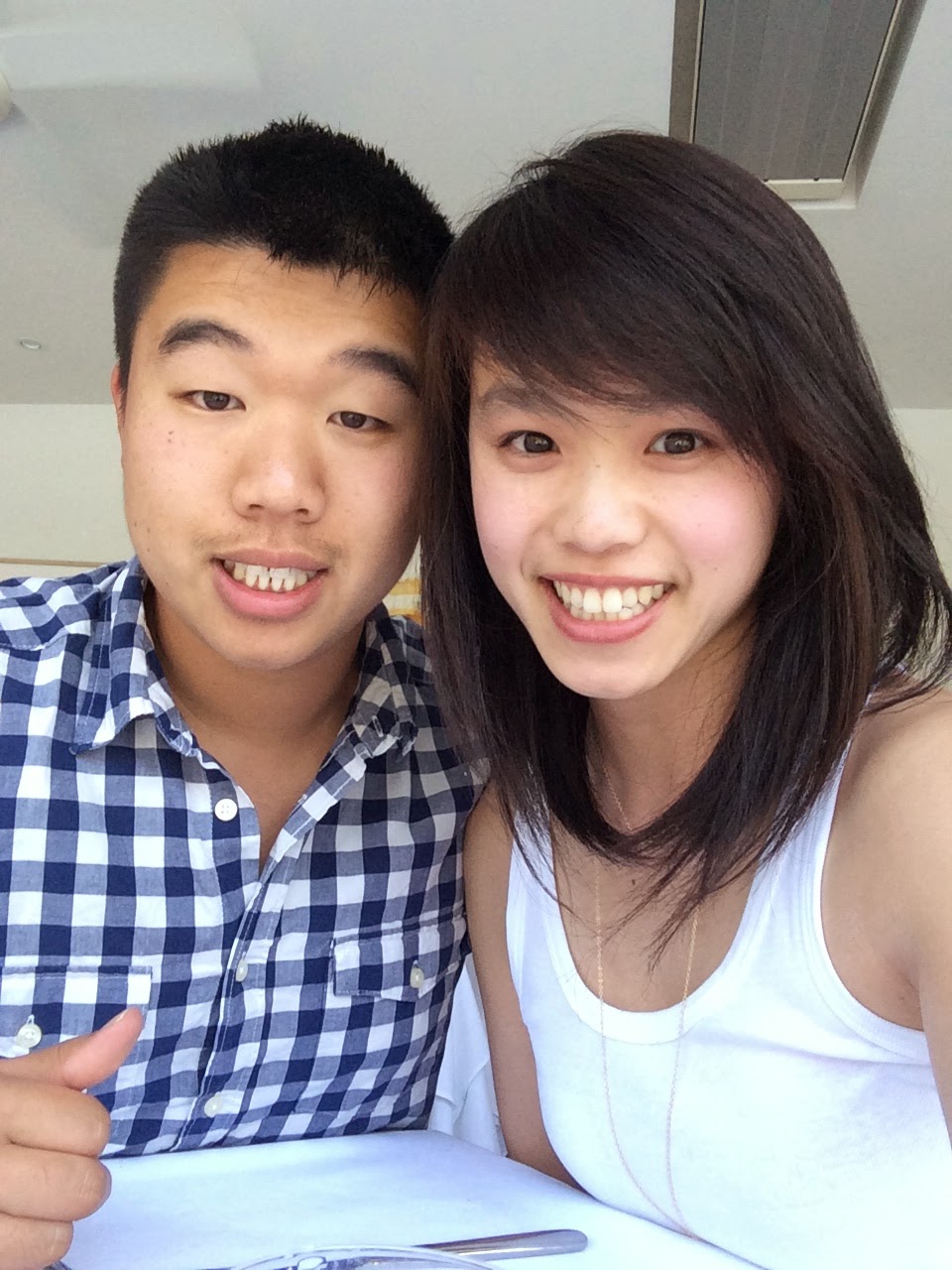 After an amazing and incredibly filling lunch, we decided to check out Sculptures by the sea. It is one of those events that I try to make every single year religiously. When we got there, I thought; right lets find parking and we will walk our way through sculptures together but no, DC instead tried to kick me out of the car. The stubborn Shan however wasn't going to be kicked out that easily or at all. Like wtf, why would you kick me out of your car? What makes you even think that I would say "oh yes dear, of course you can kick me out the car for no reason" in a sweet loving voice. C'mon guys, lets gets real here.

For those that don't know, I am the last person to ever give way to DC and I will do whatever it takes in a battle or race to win. I may fake cry, barter, or throw 10 million negotiations in his face just to win. The glory of winning against DC is absolutely thrilling. Yes, you may think I am crazy and yes you are completely right.

Anyways so after a countless number of disputes, DC stopped the car and literally kicked me out of the car. Relationship over. Jokessssss. Little did I know what was about to happen.

So I walked down to the pan and "co-incidentally" bumped into Ms Ko and RR where they took me  back to February 2008. The reminded me that my first words in front of DC was "YES FREE FOOD" and later that year, DC finally plucked up the courage to ask me out. However my response was "ahhh can I think about it?'. Finally on the 25th of October 2008, I said yes.

After a visit at the pan, Ms Ko gave me a clue to find the next sculpture. Thank you Prada for giving my eyes the protection it needed from the public.

At Sculpture #83 (Coast Totem), I met another bunch of awesome peeps where they reminded me that I almost burnt down his kitchen in 2010 and it was also when DC discovered that he was pretty much dating a bottomless pitt. Shortly after, I was given a clue to be sent to Sculpture #73 (House of Mirrors).

At the House of Mirrors, I found MC who passed on a message from DC which was him regretting having me as a partner at rock climbing because it resulted in him dropping 3 meters followed by a painful wedge. There was also Warrior Dash in 2011 where somehow in our right minds thought running a race whilst covered in mud from head to toe was a superb idea.

Next stop was Sculpture #64 (Red and white chair) where I met Mr Greysuit and Four Red Cars who went back with me to 2012. The year that probably had the most "shan moments" where I said random silly things such as "fractions are difficult" and forgetting who Banjo Paternson was yet knowing he was famous.

Anyways, it was time to move onto year 2013 at Sculpture #21 (Save our souls - don't ask lol) where I met Electric Chu and Mr Paddy who reminded me of the public pranks which DC and I pulled and failed that lead to a lot of awkward moments in front of randoms. *Insert cricket sounds.....*


Finally after the "amazing race", I found DC at Sculpture #47 in a rusty but comfortable place, where he popped the question in front of our BFF's. I attempted to say yes whilst freaking bawling my eyes out behind those tanned Prada shades and finally, he put a ring on it.

So anyways, that is the long story short (ok, maybe not so short). I wanted to thank all the awesome peeps that came even though you guys were busy and despite the weather being cold and windy. It meant so much to me to see you guys there!!

And speaking of thank you's, I also want to thank each and everyone of you guys for stopping by my little food project whether it was for the past 5 years or even just yesterday. Your love and support means so much to me and if it wasn't for you guys, I probably wouldn't of continued this little foodie project to this very day.

So as a way of saying thank you and with thanks to Wasamedia for being an amazing helper, I will be giving away 5 prizes starting from next week. One for every anniversary year, so stay tuned peeps!

Here is to more and happy eating!