Hellooooo! So if time permits whilst you are in Taiwan, one of the places you must visit is Alishan. By far is it no where close to Taipei and easy to get to but it is certainly is worth the trek. Most people go to Alishan to witness the sunrise amongst the mountains even if it means you need to wake up at 3 am in the morning. My trip to Alishan was one of my most memorable moments of my life to date but it wasn't the sunrise that made it so memorable.


To get to Alishan, you basically need to get the HSR (high speed rail) from Taipei to Chiayi HSR station. From there, you need to quickly hop onto a bus to get Chiayi Train station followed by hopping onto another bus to take you up the mountain. This usually takes about a couple of hours and the buses don't come as frequent as you would hope so I would highly recommend getting your bus ticket immediately once you get there to secure yourself a seat on the bus. There is an alternative route up to Alishan and it does include a scenic train ride up the forest and mountains but based on MC's research and mine, part of the route was destroyed due to a storm and has yet to be repaired. If you take this route, it does take longer and you still need to change between different modes of transport.

So after many hours of trekking it to Alishan, MC and I had finally arrived! We decided to stay one night at the Alishan House (approx AUD150 to AUD200 per night). For Taiwan standards, the rates are slightly steeper but man it was soooo worth it. It was this decision that made our trip to Alishan so memorable.

There is also a shuttle bus that takes you up and down the mountain to the hotel so you don't need to worry about transport. After checking in, MC and I went back down to the town centre in search of lunch and man, we sure learnt our lesson. Instead of buying food from 7/11, we decided to check out this "open food stall" which appeared to be very, very rustic. We thought "hey since it looks rustic and since there are people eating there, it must be good" but unfortunately, we struggled to finish the meals. The food wasn't inedible or dirty so you don't need to worry about that. It more because it tasted too foreign for us. Not sure if they added bamboo to their food but Perhaps it might suit your taste buds but unfortunately, even after a couple of tries, it just didn't work for us and found ourselves back at 7/11 :(

After lunch, we roamed around the town centre and settled into our hotel room properly. Shortly after it was sunset so MC and I headed to the roof top of our hotel to watch the sun set amongst the mountains.

The clouds were floating below the tip of the mountains, the sun rays were glistening on my face whilst you could still feel a slight chill in the air. That with some local made mochi and a cup of warm tea was the highlight of my trip. The sun setting amongst all the clouds in the mountains was what I have always dreamt of seeing and this was when all the effort in trekking to Alishan House paid off. Alishan House is the main hotel in the centre (and probably the one up there, I didn't notice any other ones near the town centre) but the price was completely justified after witness such a sunset.

Dinner on the menu that night was a large comforting bowl of hotpot shared with MC at one of the proper restaurants in the town centre. The vegetables were so fresh which added more flavours for the soup but unfortunately I think there was still bamboo in the soup base which again had a strange taste to it. Nevertheless, it was better than lunch and much more hearty.


The next morning, MC and I woke up at 3 am to catch the famous sunrise of Alishan. The Alishan train station (which is a short walk from the town centre) was completely packed with soooooo many humans. It was super cold but that didn't stop anyone from waking up before the dusk of dawn. This is the reason why people visit Alishan.

After arriving up the mountain, the sun eventually came out to play. It was fun and exciting to watch the sun quickly shoot through the clouds. As pretty as it was, I still thought sunset was much more breath taking. Hence another reason to stay at the Alishan House.


There were also some food stalls near the sunrise look out in the mountains. Who couldn't resist a freshly made egg omelette followed with some fresh toast whilst standing in the cold. omg, yes.


Round II of breakfast was back at the hotel and after properly fuelling up our bodies, we headed back out to hike through the forest of Alishan. MC and I were lucky enough to catch the last remaining part of the cherry blossom season. There was barely any left but it was still quite pretty to see the some of the flowers hanging off the branches as it was my first time seeing them. Walking through the forest with just MC and myself was quite relaxing. When there was nobody around, it became forest of tranquility. So peaceful and smoothing. 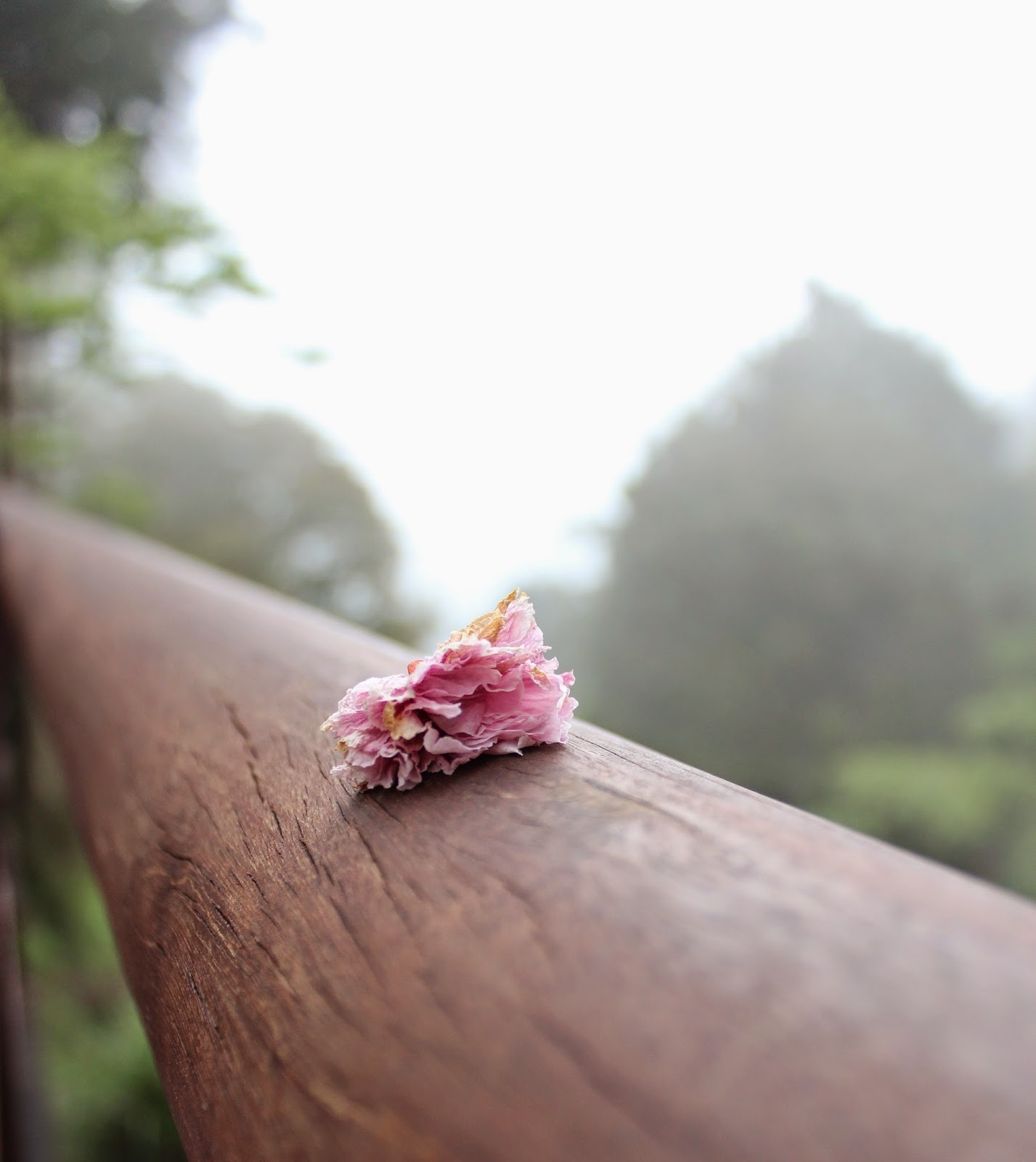 So as said earlier on, if you have the luxury of time during your visit to Taiwan, I strongly suggest for you to take a visit to Alishan to view both the sunset and sunrise. It truly is an unforgettable experience.

Finally, before signing off today, the last part of my 5 year anno giveaway with thanks to Wasamedia is a $100 voucher to the Smoking Panda, one of the new cool kids in Sydney.


To enter, simply just let me know below what you would love to try from the Smoking Panda if you won the $100 voucher. Competition closes 9 pm AEST on the 5th of January 2015.