The story all began on 25 October 2008. After 6 years, DC finally popped the question after following the bread crumbs at Sculptures by the Sea on 25 October 2014. We celebrated our engagement with our closets friends and family 6 months after and finally, on 20 March 2016, DC and I finally made it official!


After a year and a half of preparation and procrastination, the big day was finally here. The wedding was held at Margan Restaurant in Broke Fordwich on Sunday, 20 March 2016. 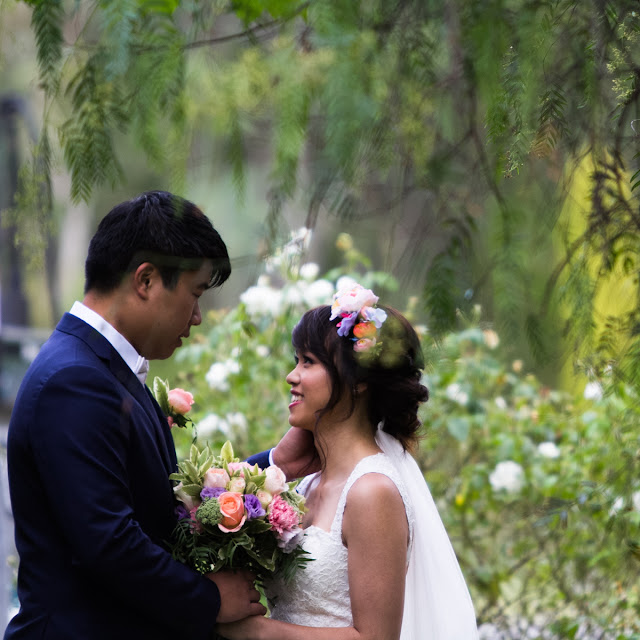 After finishing up work on the Friday before the big day, we all drove up to the Hunter Valley on Saturday morning, checked in at the Crowne Plaza Hunter Valley hotel, pigged out on pizza and then tried to sleep.

A few of us popped some sleeping pills but they failed to work. At 3.30 am the next day (yes, you read right), the ladies from CJ Artistries arrived to work their magic while the guys just rolled out of bed and put on a suit a few hours later, just like every other working day. 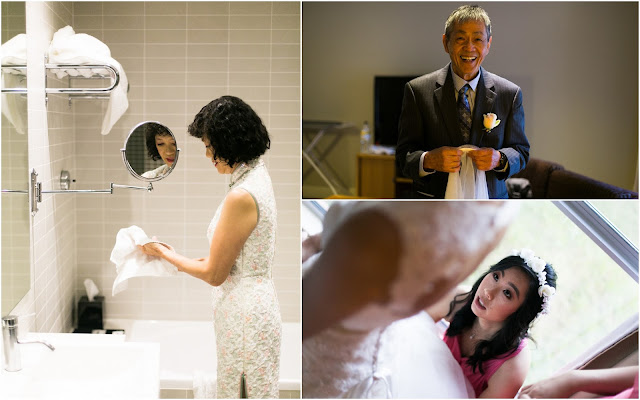 Once the entire bridal party was ready, we all headed out for the first look in Broke Fordwich and thank you mother nature for not raining!! After using all my data in constantly refresh the weather app whilst being stuck in the horrendous rain during the lead up to the big day, everyone was so relieved not a single drop of rain came down until.. the end of the day.

Half way through the morning, we bumped into a bunch of old school bikies who looked like they drove out of a sons of anarchy film set. Thick beards, dust guards, leather from top to bottom, tattoos extended to their finger tips, the full shebang. Pulling up to the old school petrol station and bumping into these bikies was certainly one of my favourite moments of the day.

When all the initial photography session was finished, it was time to walk down the aisle. Holy shitballs. Heck man, I didn't realise how full on this process was going to feel. I went from feeling blasé to a nervous wreck which is usually unheard of for someone who isn't at all a romantic and never dreamt about their wedding when since they were five years old.

Next up after the official ceremony, it was time for the tea ceremony which basically involves the elderly  relatives sipping the most expensive tea of their lives, lawls.


Finally, when all the ceremonies were completed, it was time to begin the reception inside the barrel room, which was also styled by Peonies. When I first looked up Margans online, the first thing I fell in love with was their barrel room especially with all those barrels stacked across the entire wall. Walking in there with the room smelling of wine just made me fall in love with it even more.


Overall, the day was a success and basically everything went according to plan which was a sigh of relief for any bride. If someone asked me to go back in time and do it all over again, heck I sure would but perhaps I would probably choose a dress which I could actually walk in rather than topple over every 5 seconds.

Finally, DC and I want to thank all our friends and family for coming, eating, dancing and being part of our big day. Your presence meant a lot to us and especially as everyone travelled all the way to Broke Fordewich just to be there. It would not have been the same without each and every one of you.